Understanding the Impact and Worldview of Buddhism 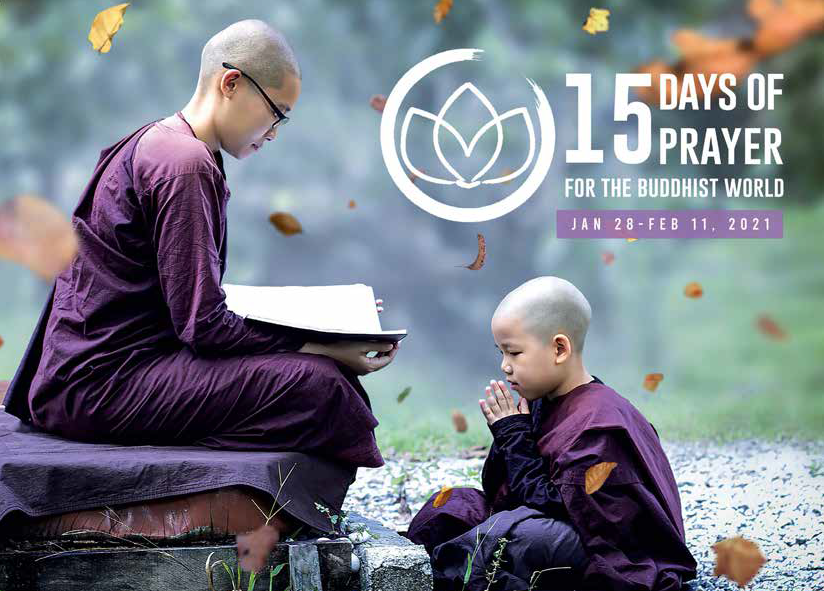 As “the Church is bigger than you think,” so “the Buddhist world is larger than you think.” Burgeoning Buddhism significantly influences more than one billion people worldwide. Most live in Asia, though its growth is escalating in the West.

How do Buddhists view their world? The basis of Buddhism is Monism – the unity of the nature of all things. Like everything else, humans are seen as ever-changing, impermanent, insignificant parts of one big whole. The whole is important, not individual elements. No personal transcendent God of creation exists in Buddhism.

Any Higher Being initiating or controlling the universes is incongruous, impossible and unacceptable to Buddhist thinking.

This religious philosophy affects the “Buddhist billion” in life’s daily practice. Forces driving it include karma, reincarnation, the endless wheel of life, a belief that life is suffering, and only one’s own human efforts can overcome it.

Followers practice the Eight-fold Path and produce counter-karmic good works through massive merit-making, hoping to attain nirvana. This Buddhist way is totally dependent on self-effort and self-works, not relying on anyone else for help, not even the Buddha. (pull quote) Because of this, Christ’s offer of salvation by grace though faith in his sacrificial substitution is inconceivable to millions of Buddhists. Who will pray, go and share Jesus with them?

Hundreds of different forms of Buddhism in multiple variegated expressions are found on all continents:

The majority of Buddhists live in Asia. Buddhism originated in Asia and the region is still a central place of worship for Buddhists today. Centuries ago, Asia’s current Islamic peoples such as Indonesians, Malays, Afghanis, and Uighurs were formerly Buddhists.

Today, Buddhism is found on all continents. In Western nations it has become popular and appealing. Hollywood actors, talk show hosts and politicians promote it. America has over ten million “night-stand Buddhists,” whose private and individual practice is independent of saffron-robed monks. In modern-day Australia, according to Professor Philip Johnson, “Buddhism is now the second-largest faith.”

Mahayana Buddhism (the broader vehicle) spreads its cloak widely over 950 million from Siberia, Mongolia, Japan, Korea and across China.

In these latter three nations, Pure Land Buddhism is popularly followed. Disciples repeatedly call on the name of Amida, through mantras, expressing efforts of faith, hoping at death to reach the Western Paradise.

Wherever Diaspora Asians have scattered across the globe, Buddhism is still evident, whether in South America or Africa, Europe or Canada.

Down through the ages, Buddhism has encouraged placid assimilation, which made spreading this religion quite eclectic and even elastic. So today Buddhism has a vast plethora of fascinating faces across earth.

Common acceptance and syncretism produced many different cultural expressions of Buddhism mixed with local beliefs. It is not uncommon to find a variety of seemingly conflicting religious practices incorporated into the lives of Buddhists.

Western academicians tend to analyze and define religions by categories – what part of it is Buddhism, animism, shamanism, ancestral cult and so on. But in his extensive studies of Buddhism in Asia, Dr. S.J. Tambiah of Cambridge pointed out that Northeast Thai people see their mixture of animistic spirits, ancestral cult, Brahmanic rites, and Buddhist beliefs and practices as one integrated whole – their own kind of Folk Buddhism.

TOTAL SATURATION AND SELF RELIANCE

Buddhism tends to gather indigenous religions under its broad umbrella. Thus, it dominates and integrates local belief structures, but does not dislodge nor destroy them.

This multi-religious amalgamation under Buddhism engenders a strong national, racial and religious identity with Buddhism—one of the strongest barriers to conversion. “To be Thai, Cambodian, Dai, Tibetan, Lao, Burmese, Japanese . . . is to be Buddhist.”

Buddhism permeates thinking, philosophy, education, beliefs and worldview of Folk Buddhists in subtle, but unmistakable ways. It influences and affects all of life’s daily practices.

China’s traditional religions are heavily spiced with Buddhism. Beneath all, fundamental Humanism controls life, and focuses the adherents’ energies on self-reliant deliverance apart from any God or spiritual power.

Buddhism thereby becomes the dominant canopy covering all aspects of living. The motto is “depend only on oneself.” Karma (cause and consequence) controls everything. Buddhism teaches, “Do good, and one receives good. Do evil, and one receives evil.”

Multiple diverse expressions of Buddhism frustrate defining common precepts precisely. While basic doctrines are fundamental to most sects, much variance among syncretistic Folk Buddhist forms occur. Thus belief systems among Buddhists tend to have some key primary colors in common, but differing shades of the rainbow’s hues also co-exist.

Basic Buddhism is atheistic, rejecting gods and supernatural powers as inconsequential, though majority Folk Buddhists still fear the spirits (both ancestral and nature ones). Thoughts of going to one of hundreds of Buddhist hells petrifies them. They are afraid of disgruntled ancestral spirits, who plague and bother them frequently.

Although debated among some scholars, the Buddha fundamentally viewed humans as being void of lasting entity: ego, soul or spirit. Since everything is impermanent, no individual personality continues after death. At death five aggregates (matter, sensation, perception, mental formation, and consciousness) dissipate. Accumulated karma is the only thing that is recycled into the next rebirth. This differs from Hindu transmigration of the soul, and Christian eternal life.

In Buddhist understanding all is transitory, changing and illusionary—so nothing is permanent— except suffering! Universal suffering is caused by kiletsa (craving and lust), rakha tanha (passion and desire: both good and bad), and attachment to illusion.
For Buddhists, eliminating all desire and passion is the solution to escape endless cycles of rebirth.

In the Bible, Creator God is a permanent, never-changing reality. His heaven is eternal and hell also endures for eternity. Human beings possess an everlasting soul-spirit entity.

Nirvana is a state of escape from the cycle of rebirths and all impermanence and suffering. It is achieved purely by one’s own self-efforts to overcome the accumulated karmic consequences of multiple past rebirths. Nirvana is like an unblissful state of bliss, an unconscious state of consciousness, a non-existing existence, like the dissipating smoke after a candle has been blown out.

Christianity’s heaven with its total lack of suffering, curses, tears and death differs from nirvana. Heaven is the eternal abode of life everlasting and therefore loftier than the temporary pleasures in 26 Buddhist purgatory-type heavens, the abodes of gods, bodhisattvas and devas.

EQUALITY OR SOME DISCRIMINATION

The Buddha rightly rejected the system of the castes of Hinduism, but still maintains one, a “sexist” caste – as females (particularly in the Theravada School) can never attain nirvana, except after being reborn as males. Hence, Buddhist nuns are normally not empowered or entitled. The Christian Bible affirms in Christ there is no difference between male or female (Galatians 3:28).

SALVATION POSSIBLE OR NOT

In Theravada Buddhism only monks have any possibility of attaining nirvana, through rigidly keeping 227 or more laws perfectly. Mahayana Buddhists recognized this as being too strict. They liberalized teachings so their “larger vehicle” made provision for the average person to progress toward nirvana—primarily with the help of Bodhisattvas—high level beings, who delay their entry into nirvana in order to assist others along the way.

By comparison, Jesus Christ, as God’s Son, provided redemption for all tribes and peoples through his unique sacrifice. In Christ saving, eternal life is available to all who repent, trust and obey him.

From Siberia to Indonesia, Nepal to Japan, Buddhism influences more than one billion people. Significantly, this concentration encompasses the eastern half of the 10/40 Window―where almost one half of humanity and the majority of unreached peoples live.

Some form of Buddhism affects most of these peoples. Thus, in this 21st century the global church’s challenge through love, perseverance and action is to reach this large remaining Buddhist bloc by praying, going, sending, evangelizing, and planting churches among Asia’s Buddhist Billion. Join us in the vast opportunities to make a difference for all Buddhist peoples.

To learn more about Buddhism in East Asia, check out this resource page.

Alex Smith, D.Miss, has served with OMF for 55 years as an author, administrator, lecturer, mentor, mobilizer, presenter and trainer. His pioneer church planting experience in Asia deepened his comprehension of Buddhism. His insights on the topic can be found in his books, such as A Christian’s Pocket Guide to Buddhism. Dr. Smith now serves as OMF’s International Trainer in the Buddhist World. He resides in the U.S. with his wife, Faith. They have three adult sons and four grandchildren.